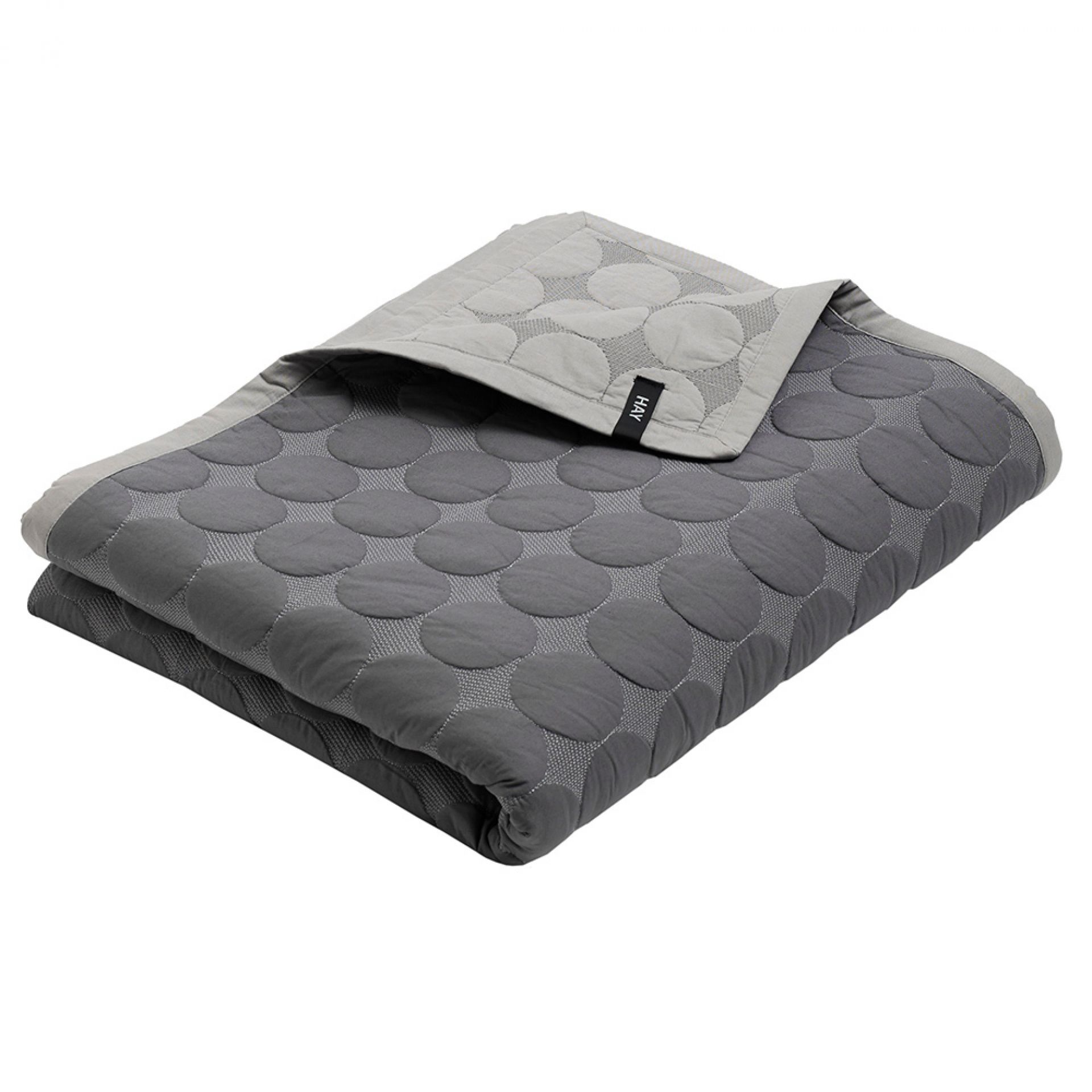 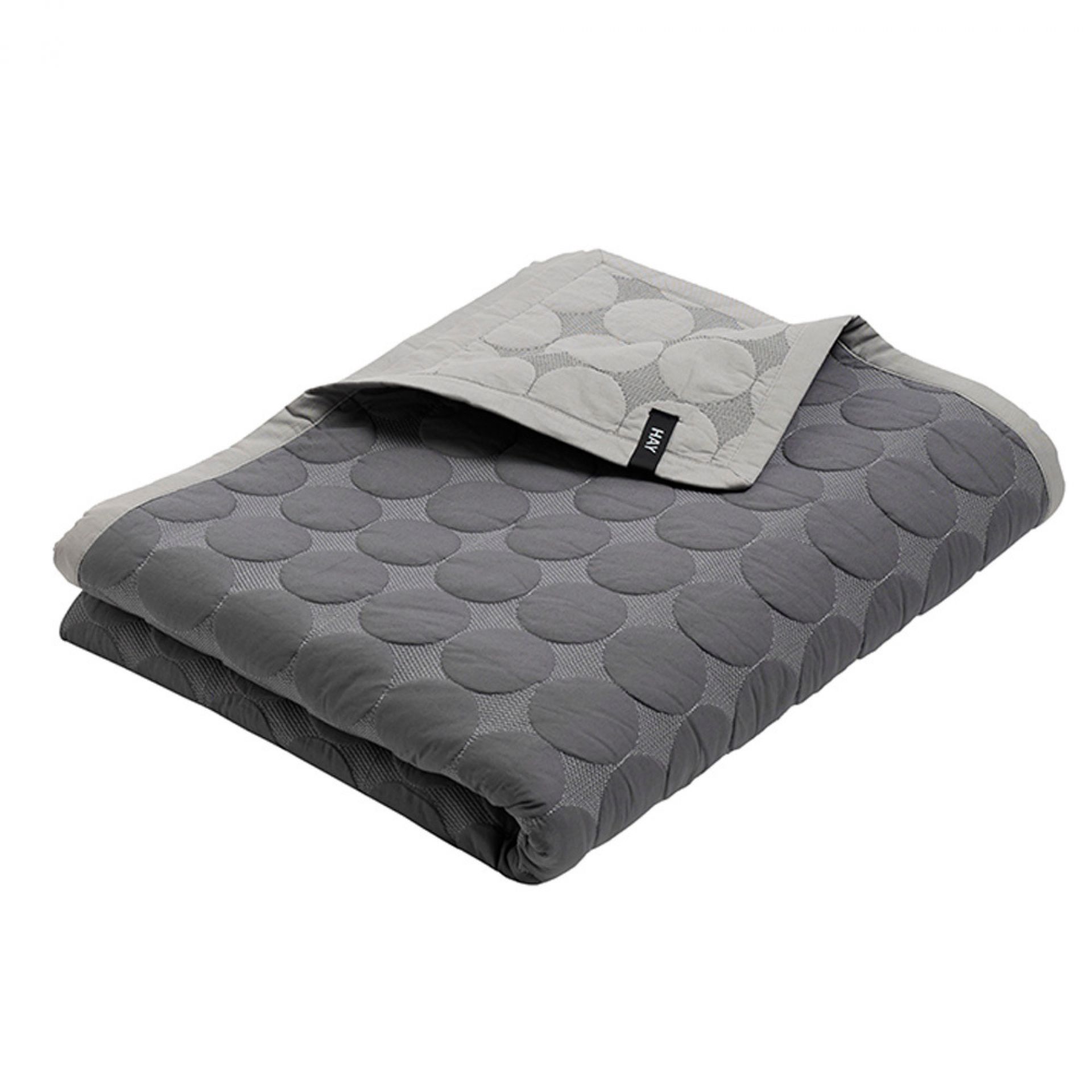 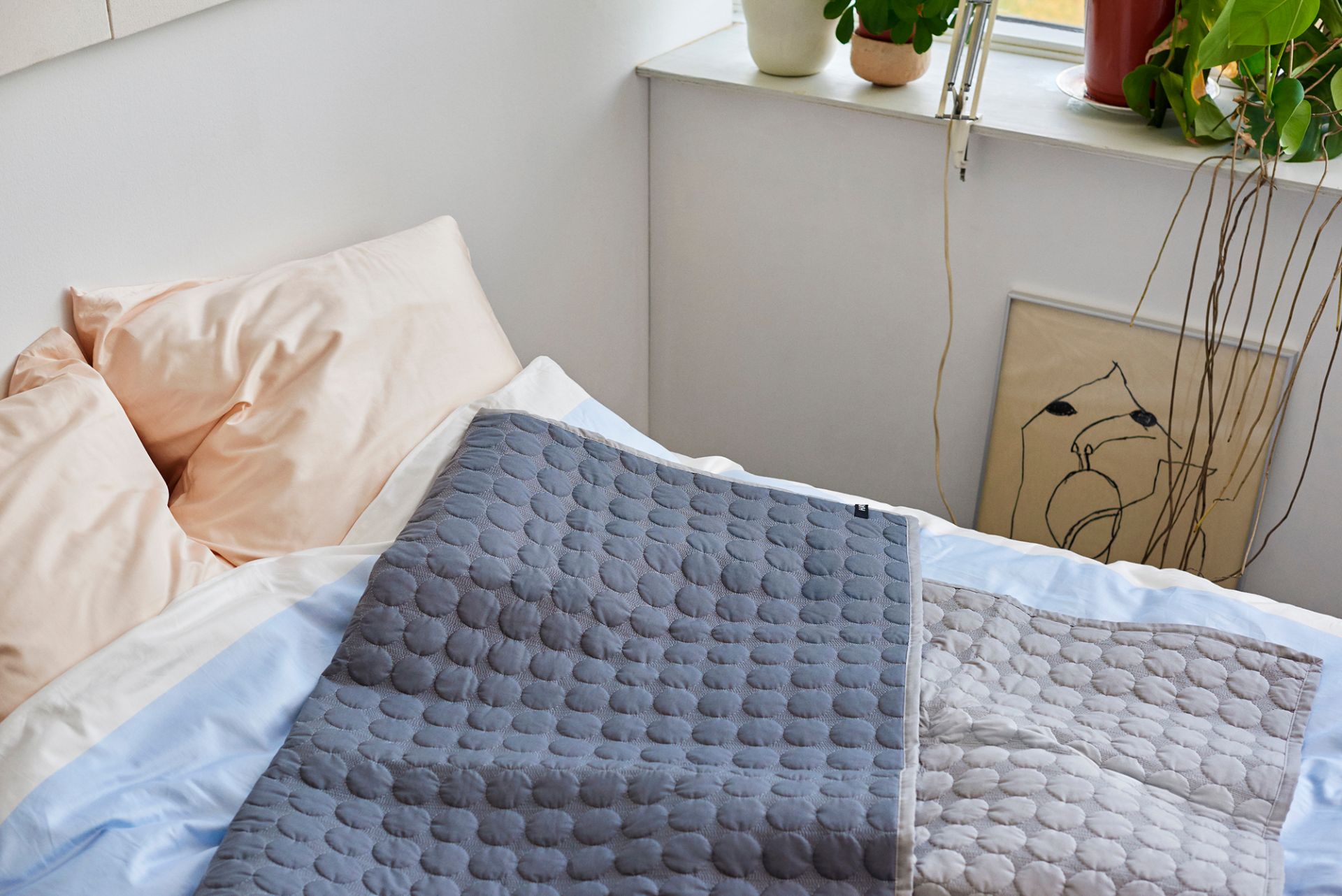 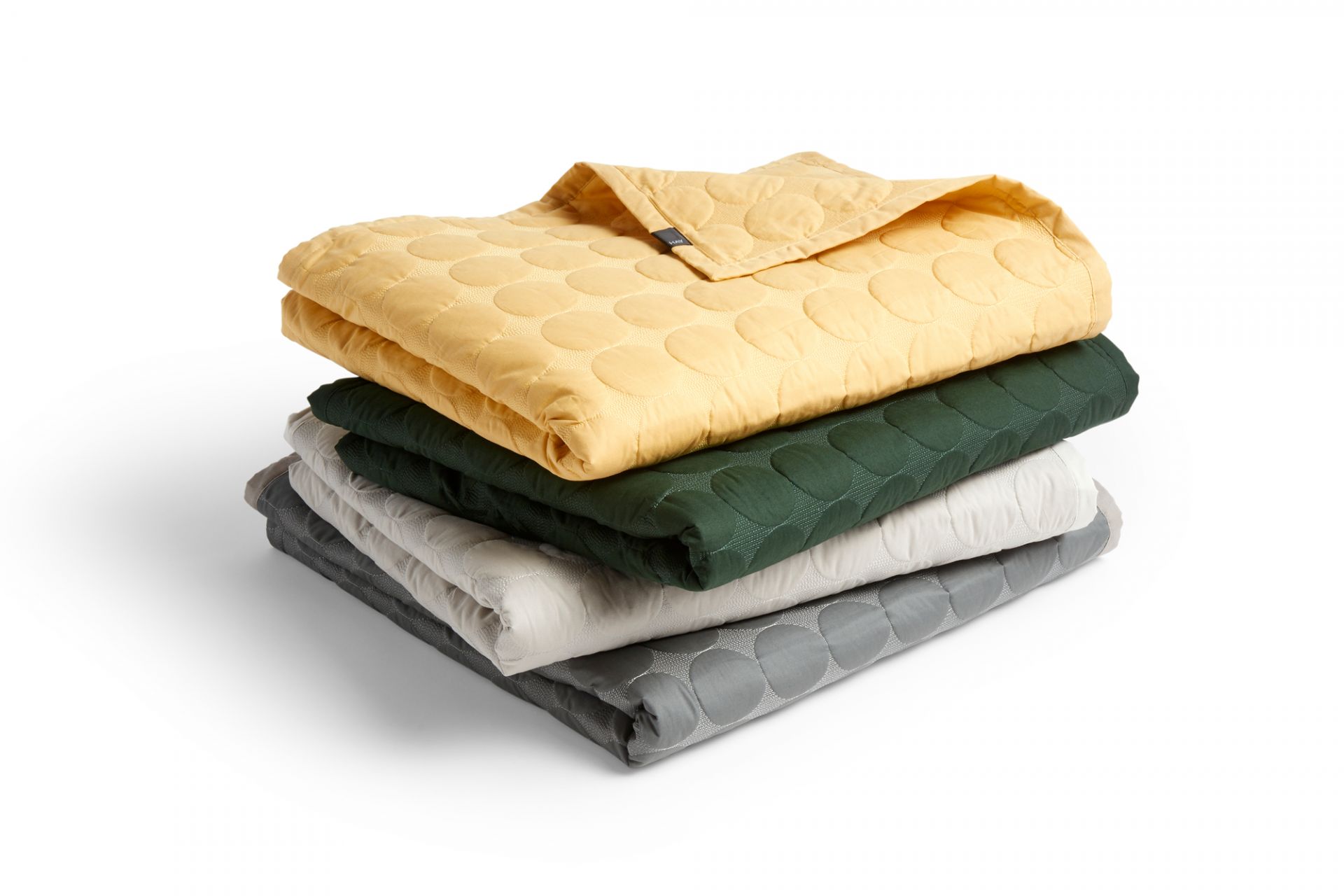 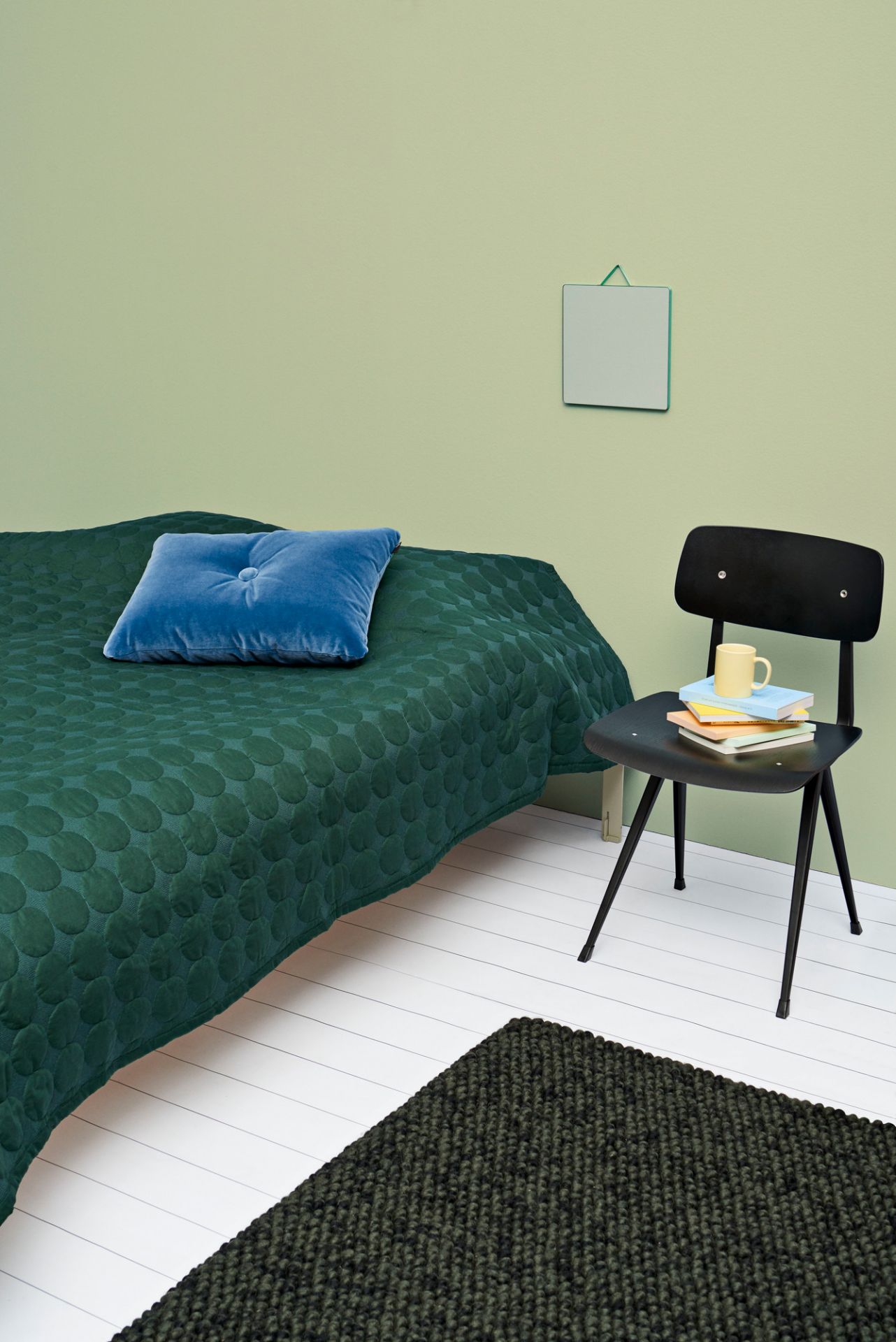 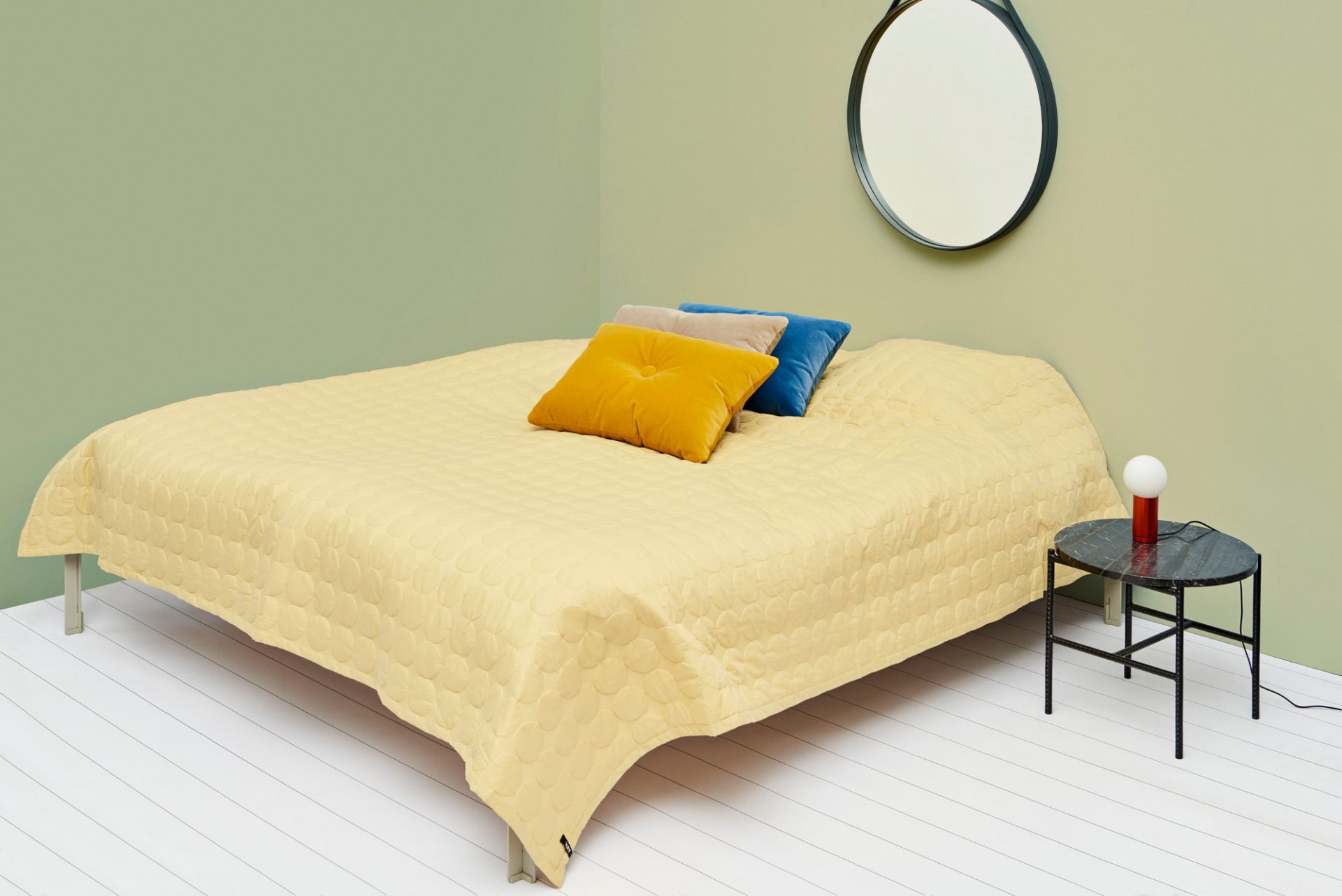 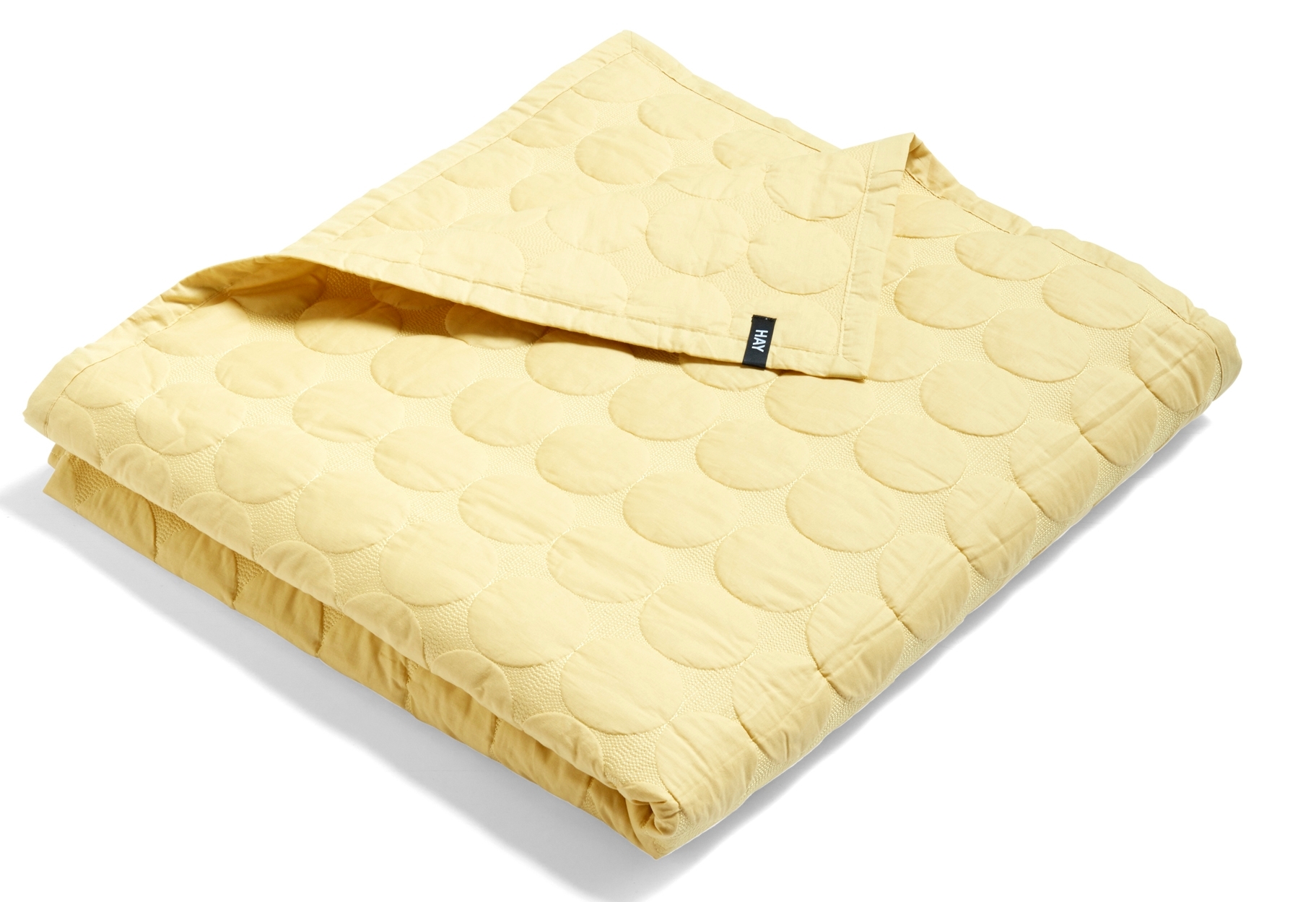 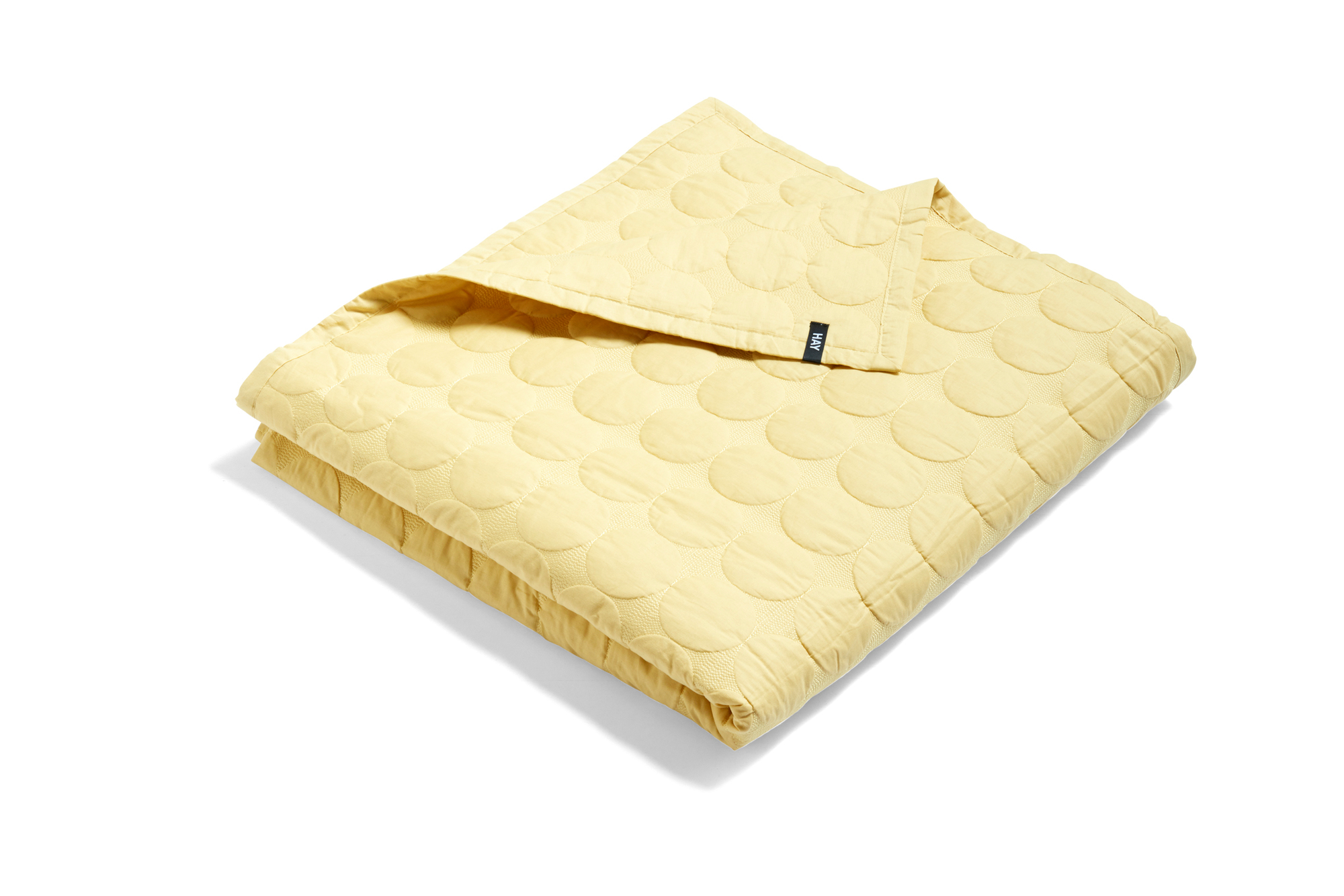 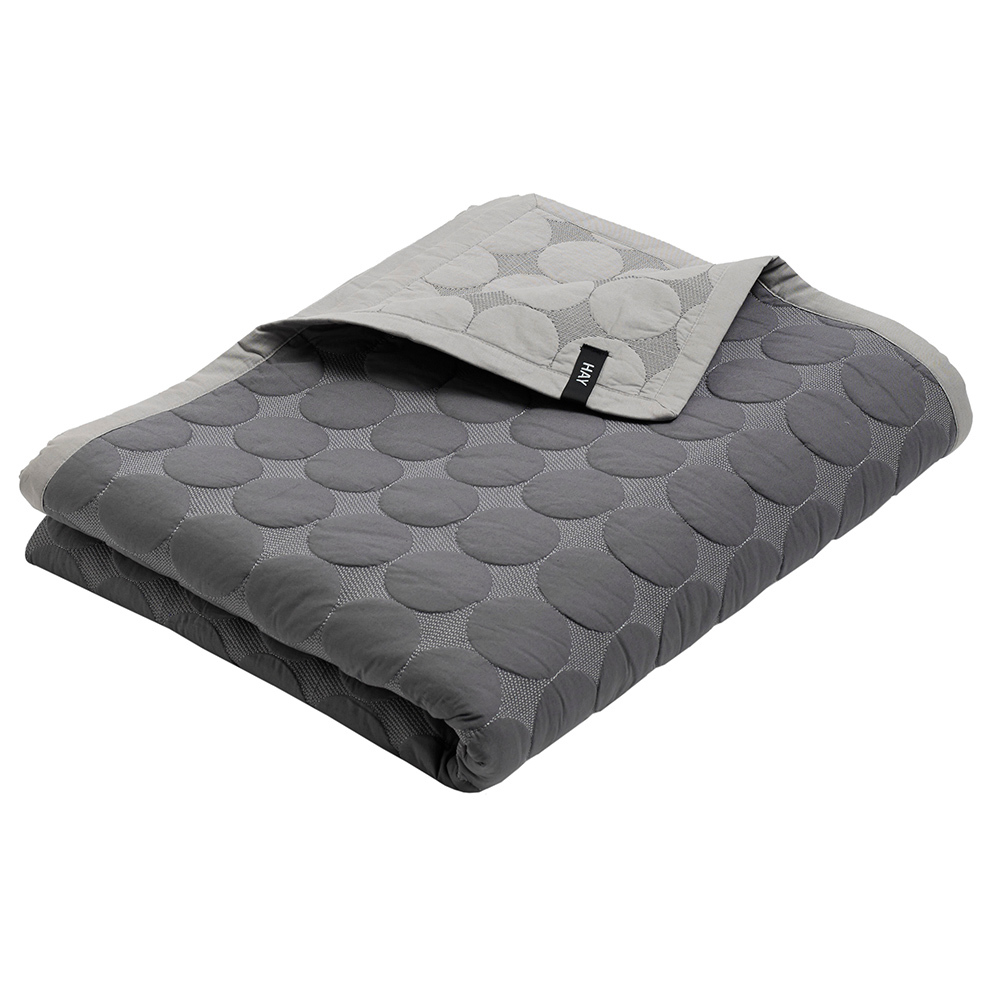 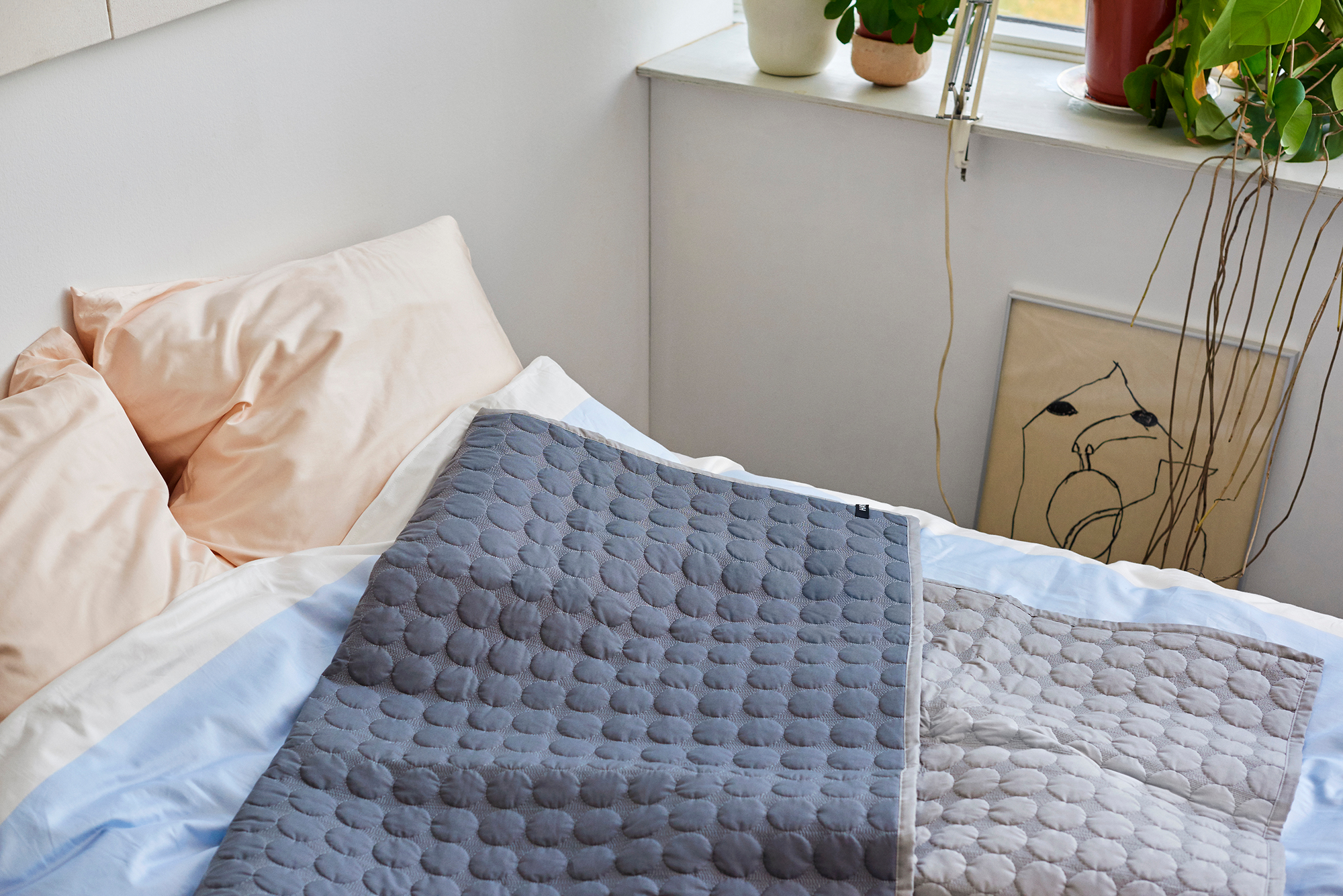 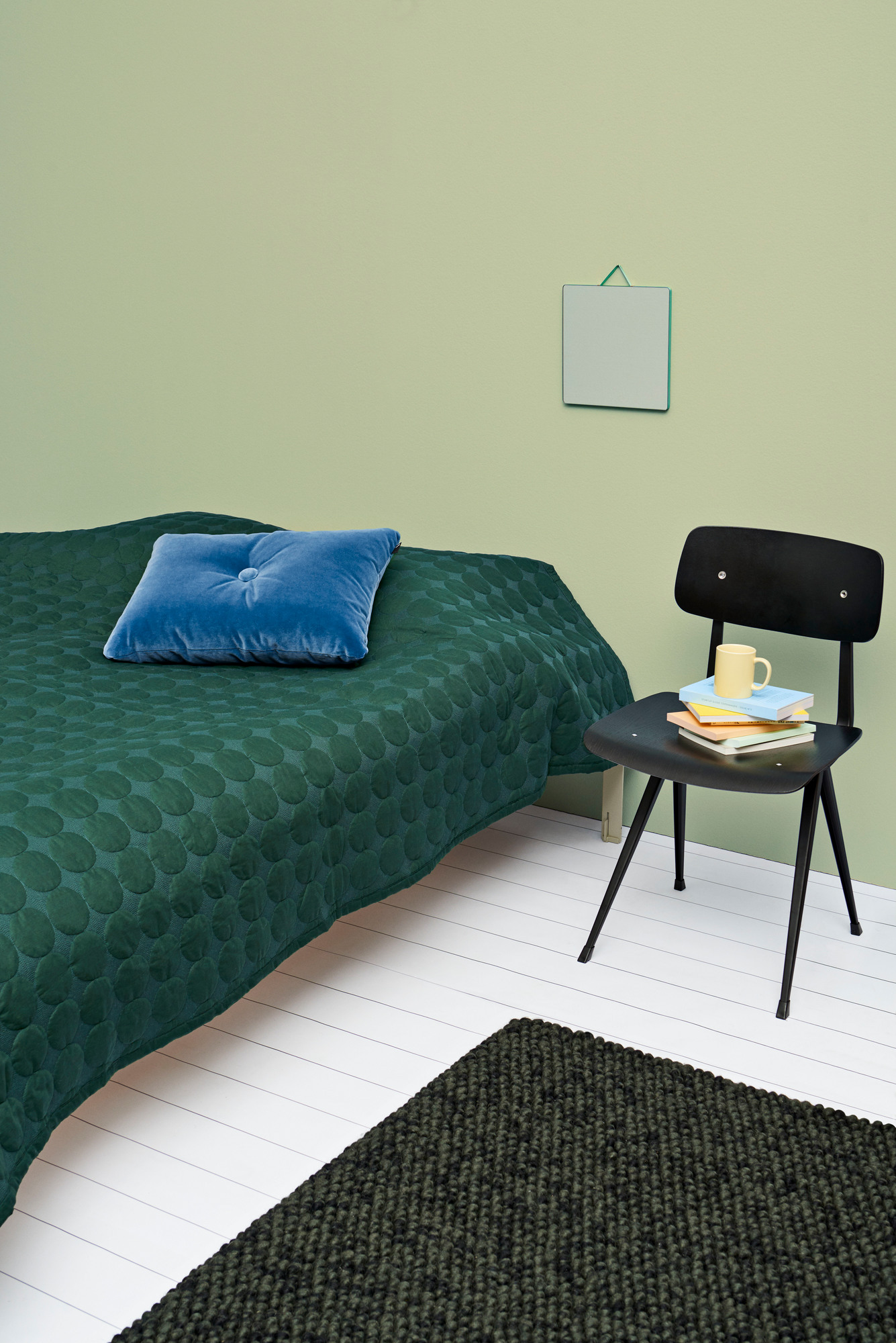 Modern Scandinavian design paired with a varied graphic pattern: the Mega Dot coverlet sets highlights and protects your bed from dust during the day. Here you can order the large Mega Dot coverlet, which is suitable for double beds, online. The dimensions of the ceiling are 245 x 235 cm.

We offer the Mega Dot bedspread in various subtle colour finishes, some of which have different shades for the front and back. Common to all variants is the large-scale dot pattern, which has given the ceiling its name.

The Mega Dot bedspread provides a tidy picture in your bedroom during the day. To keep it in better shape, Hay provided the designer ceiling with a filling. The upper is made of cotton.

In addition to the large Mega Dot bedspread shown here, you can also order them online in a single bed version.