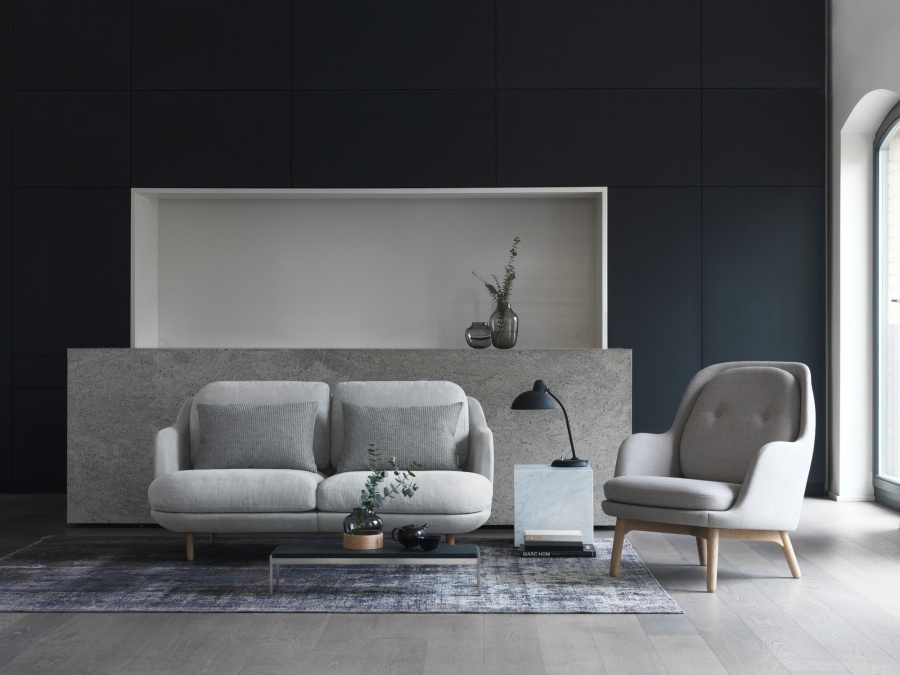 Fritz Hansen is an exclusive design brand that stands out for its timeless collections and world-famous classic and contemporary furniture, lighting and accessories. The company was founded in Denmark in 1872. The carpenter Fritz Hansen from Nakskov built up a flourishing workshop in Christianshavn in the centre of Copenhagen. He and his son are the founders of the high quality standards that still apply today at the Fritz Hansen brand.
The son Christian E. Hansen experimented with steam bending of beech wood at an early age and when the technology was fully developed in the 1930s, Fritz Hansen became the world's leading company in this field. In the 1950s the well-known designer Arne Jacobsen was responsible for the design at Fritz Hansen. The breakthrough came with the development of the Ameise laminated wood chair and culminated in the design of the classics Egg and Swan for the Royal Hotel in Copenhagen.
In 1979 the company, which had been family-run until then, became part of Skandinavisk Holding. At the same time, Verner Panton was the centre of attention as a leading avant-garde figure and had an enormous influence on the manufacturer's design. In the following years Fritz Hansen focuses on expansion.
With the introduction of the Republic of Fritz Hansen concept in 2000, the company finally defines its position clearly: the manufacturer's design furniture is a formative part of the perception of companies and private households that want to express their very individual character with it. And so Fritz Hansen continues to develop, while always keeping its long history and tradition in mind by continuing to work with international and visionary designers.