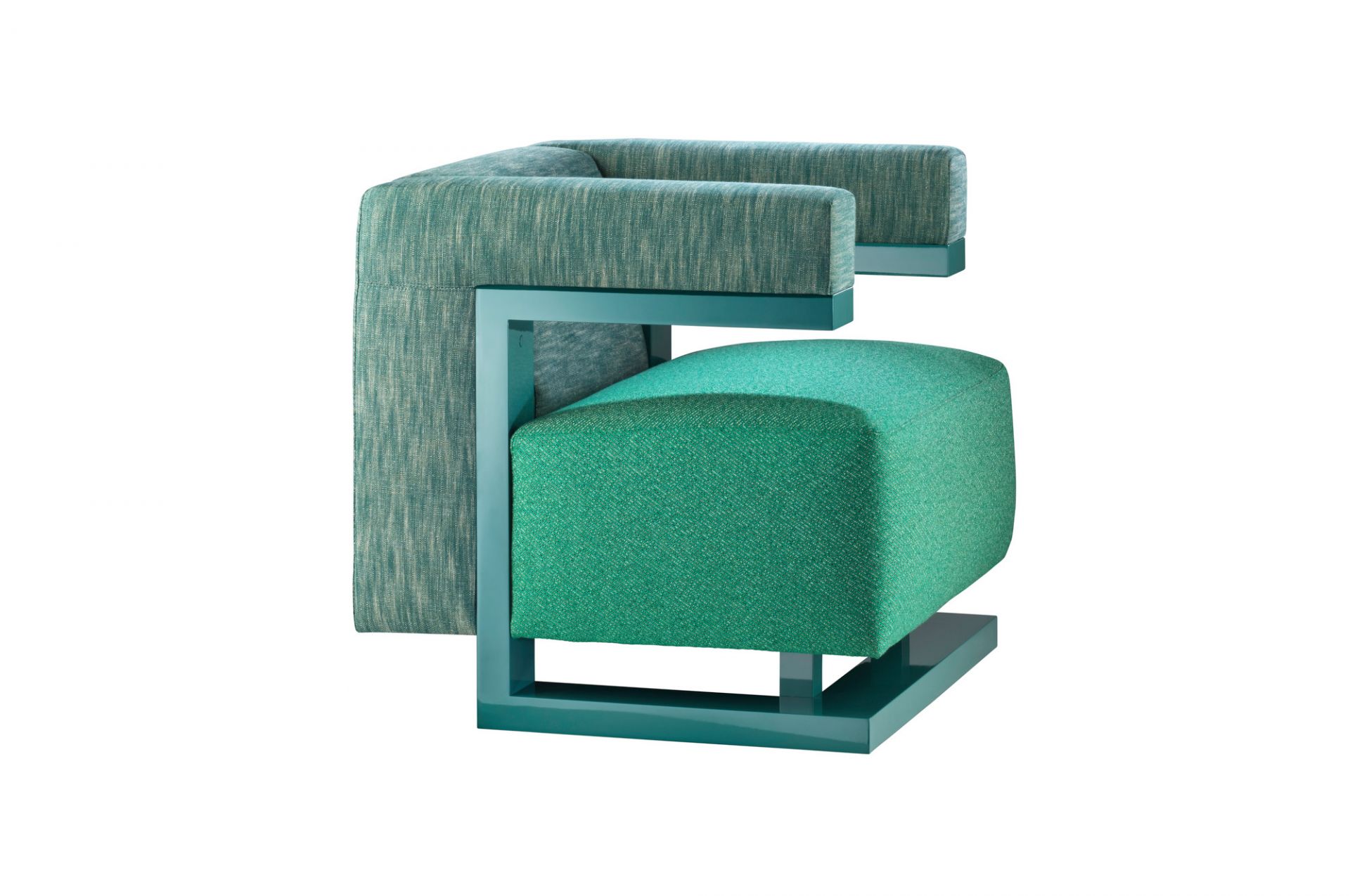 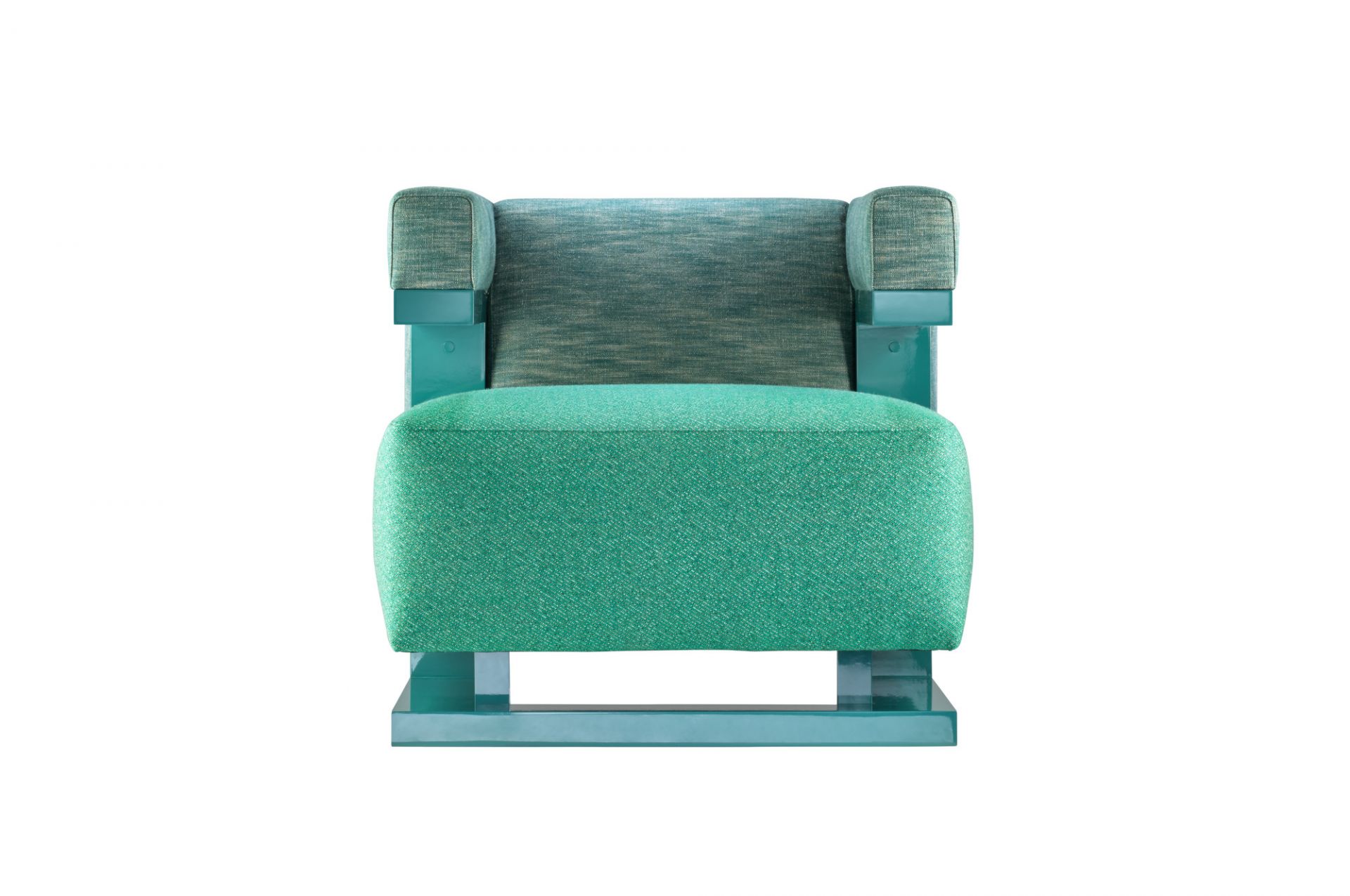 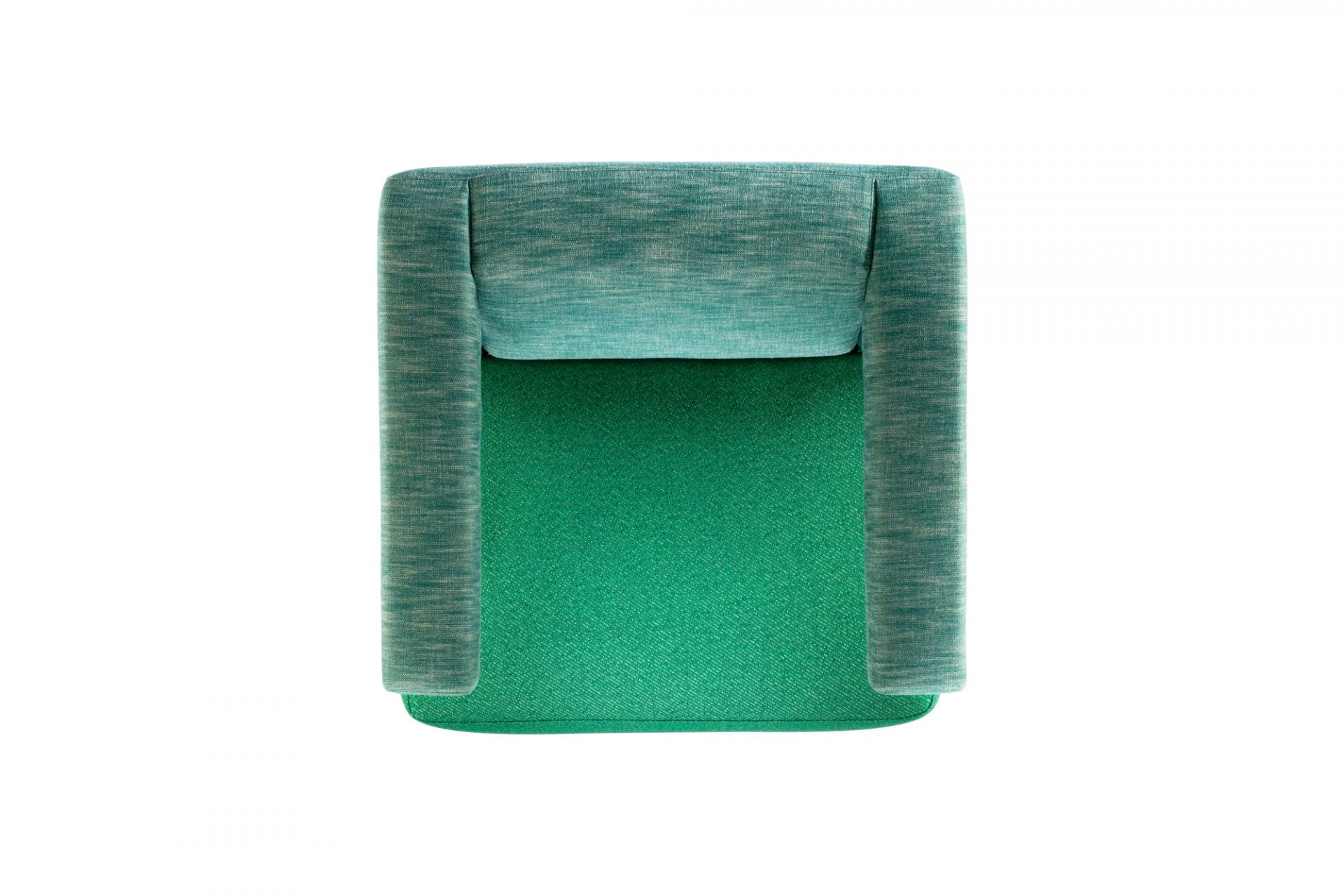 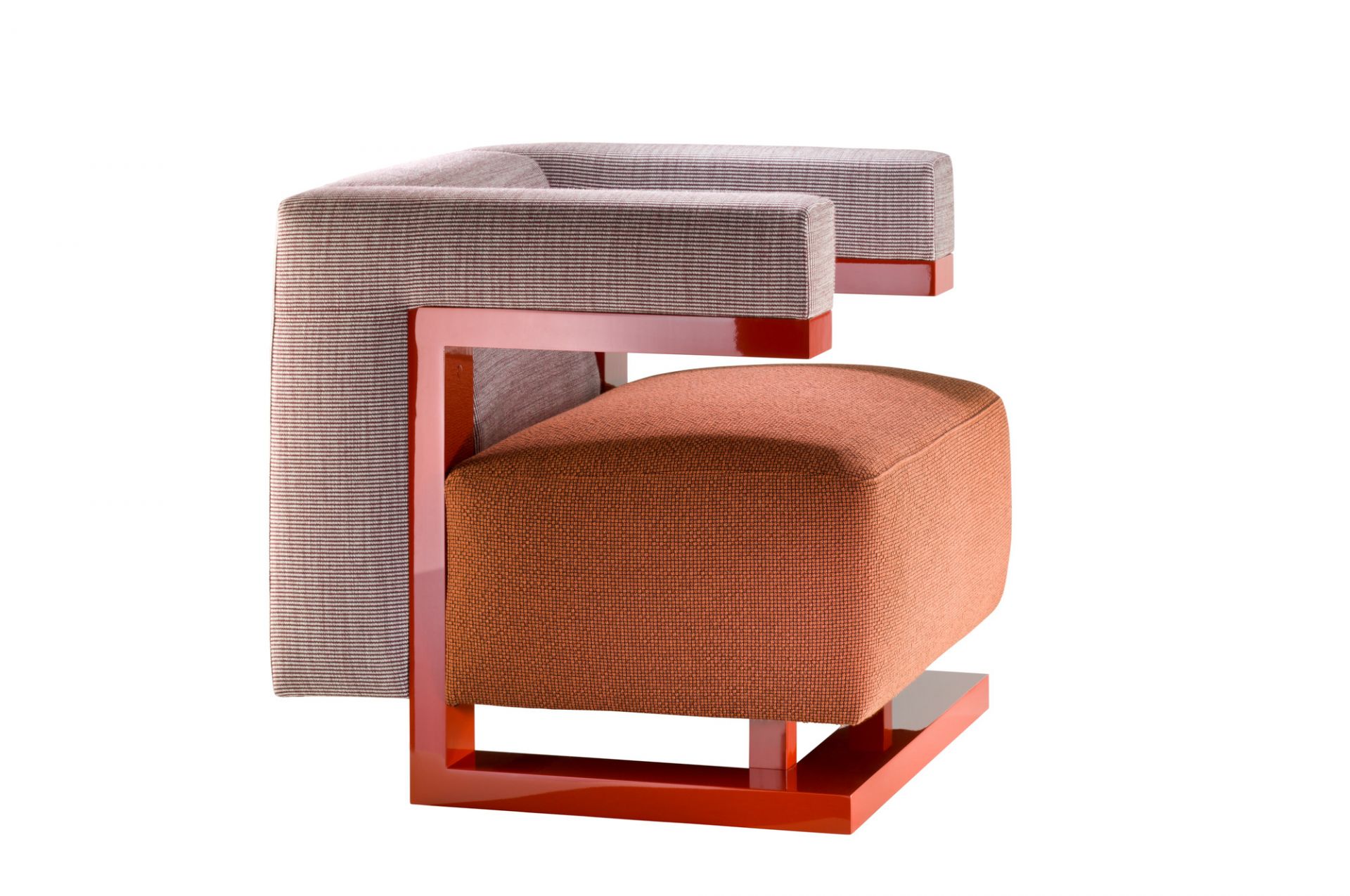 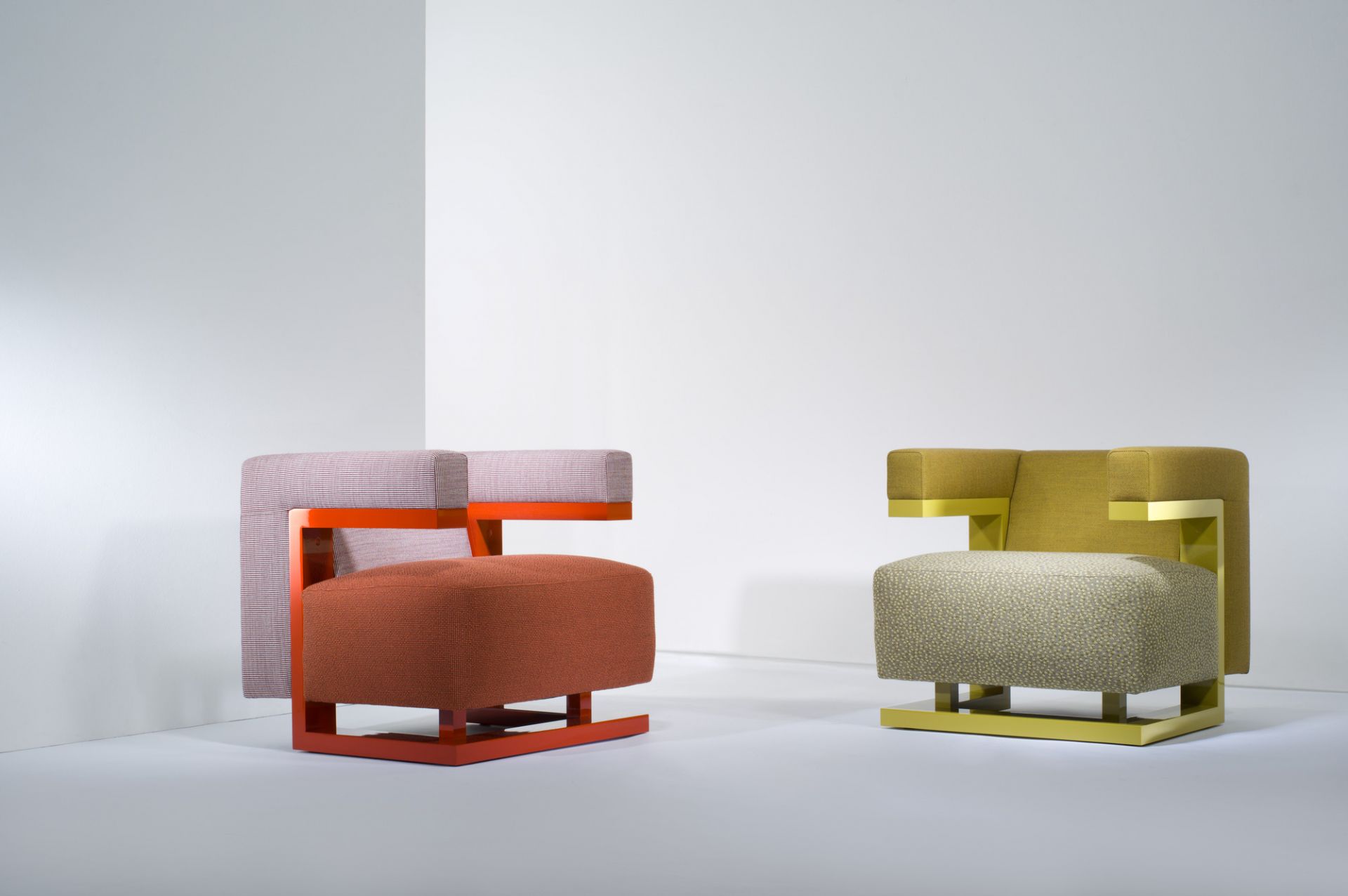 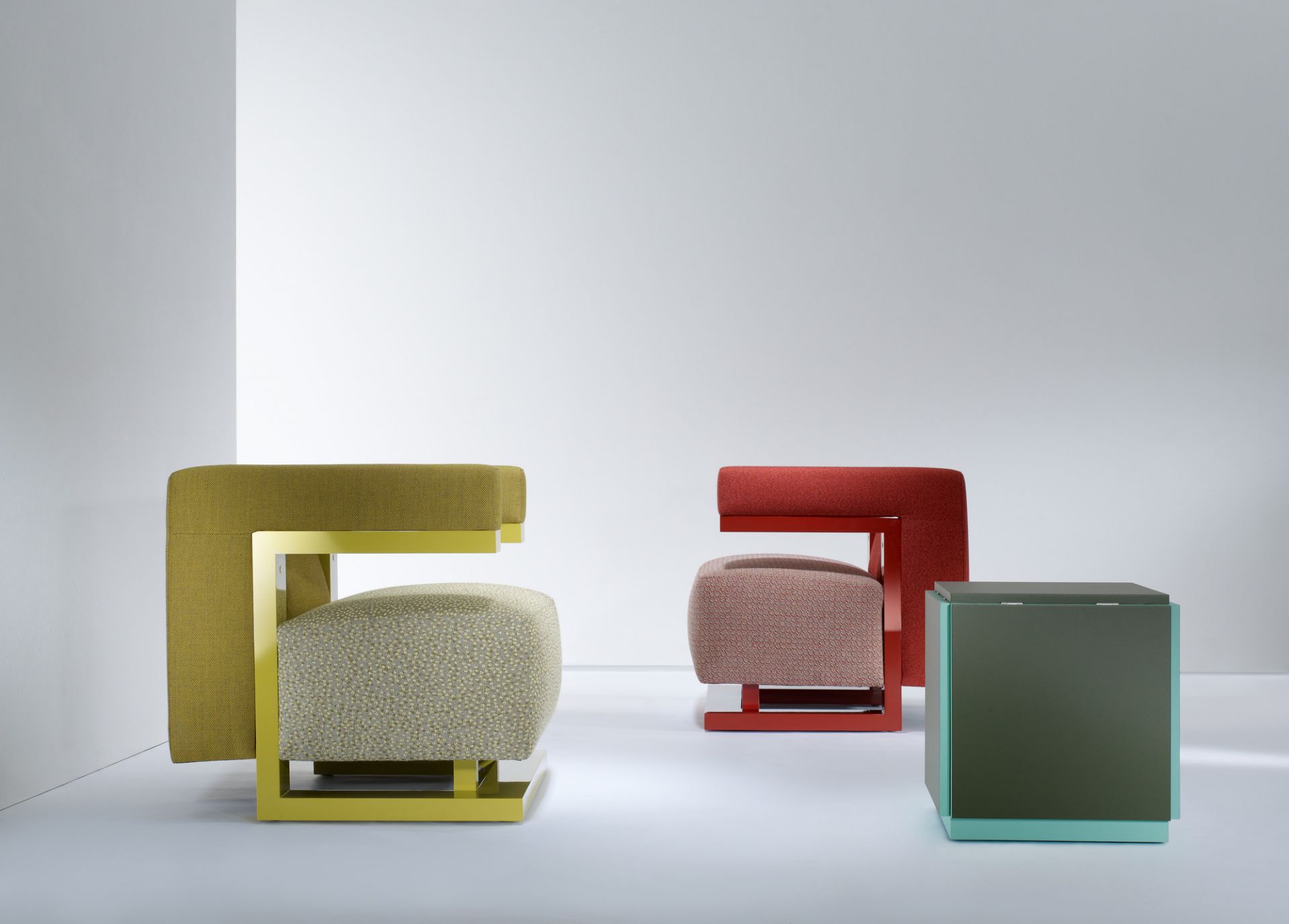 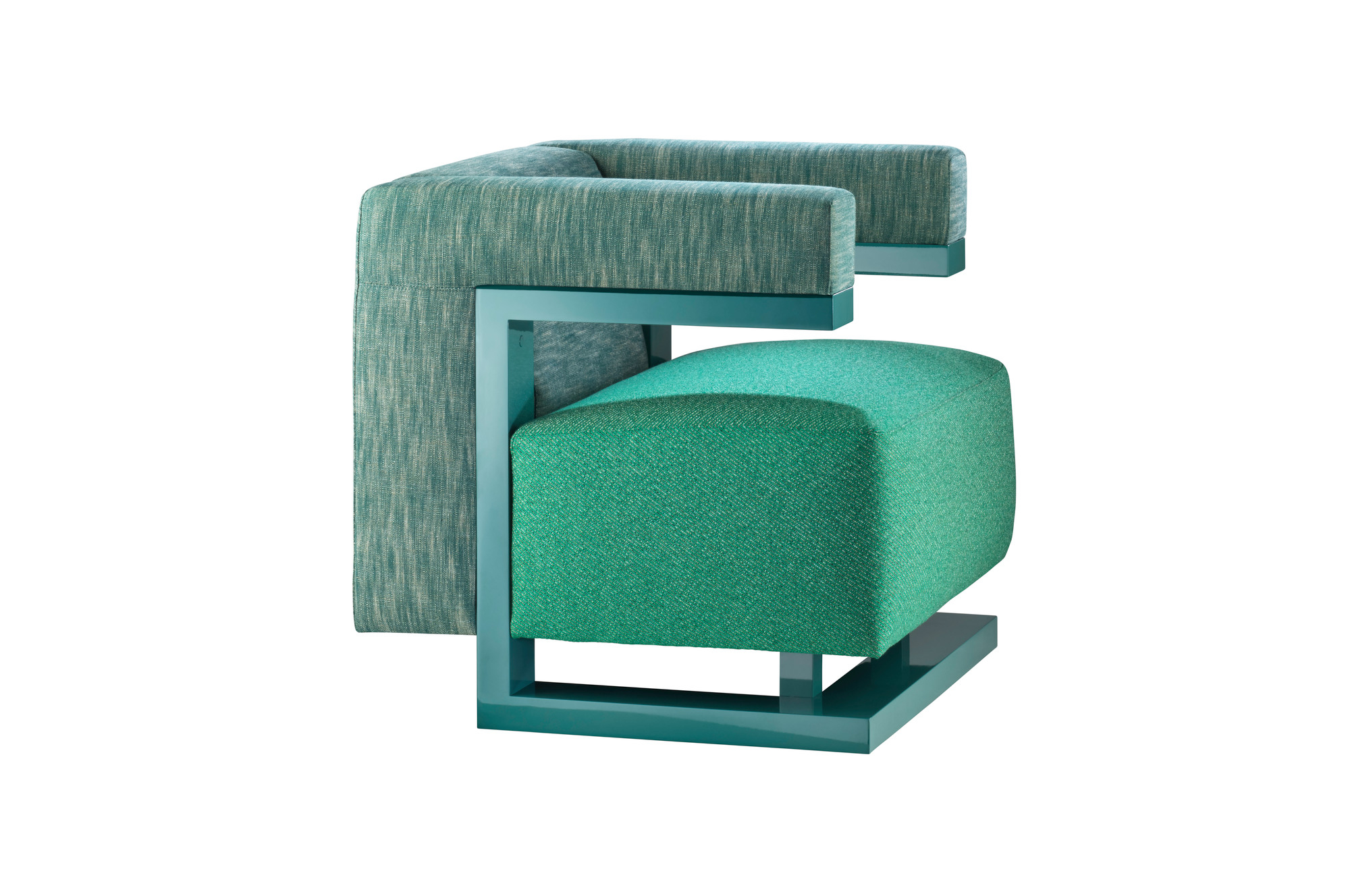 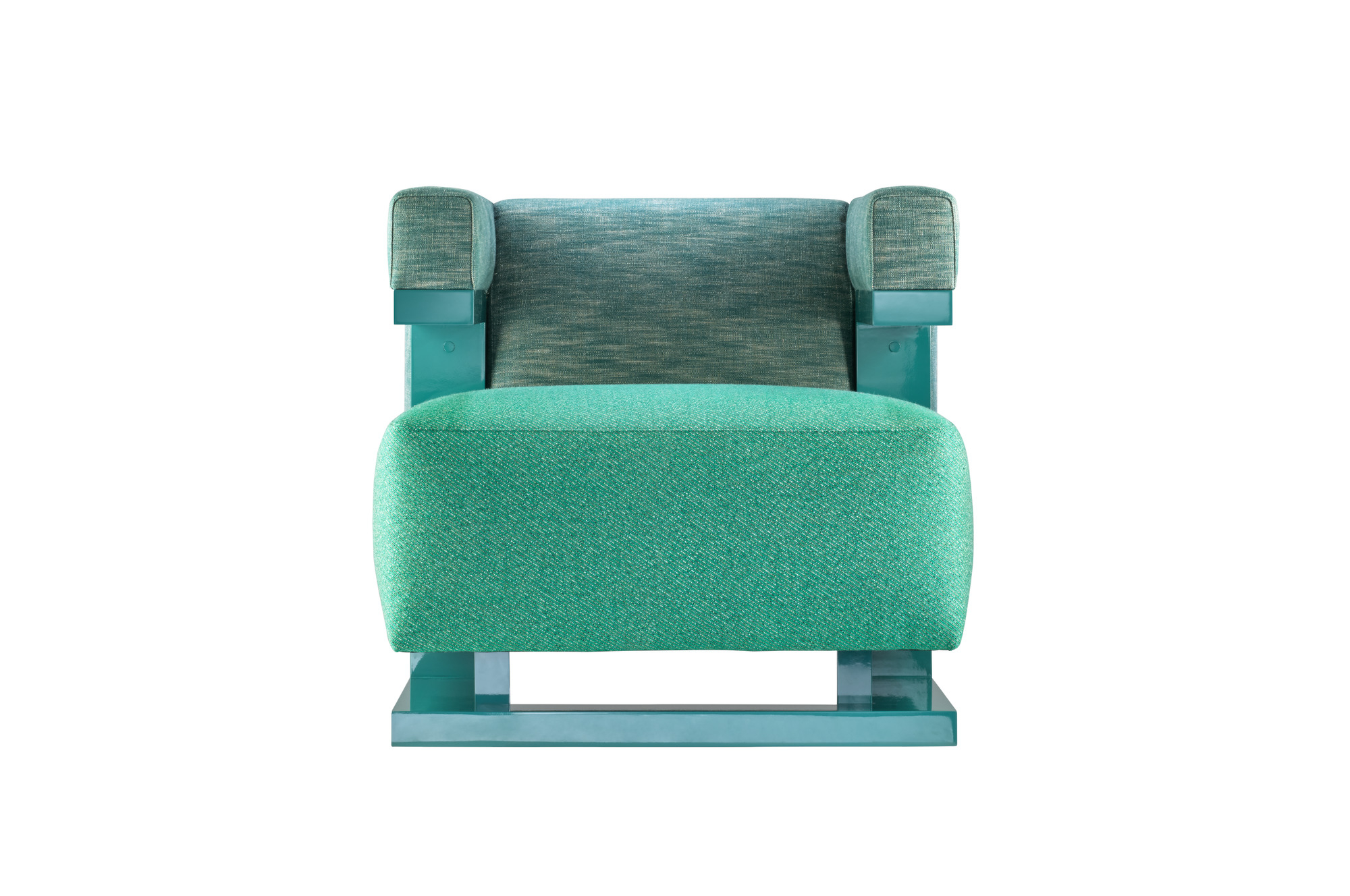 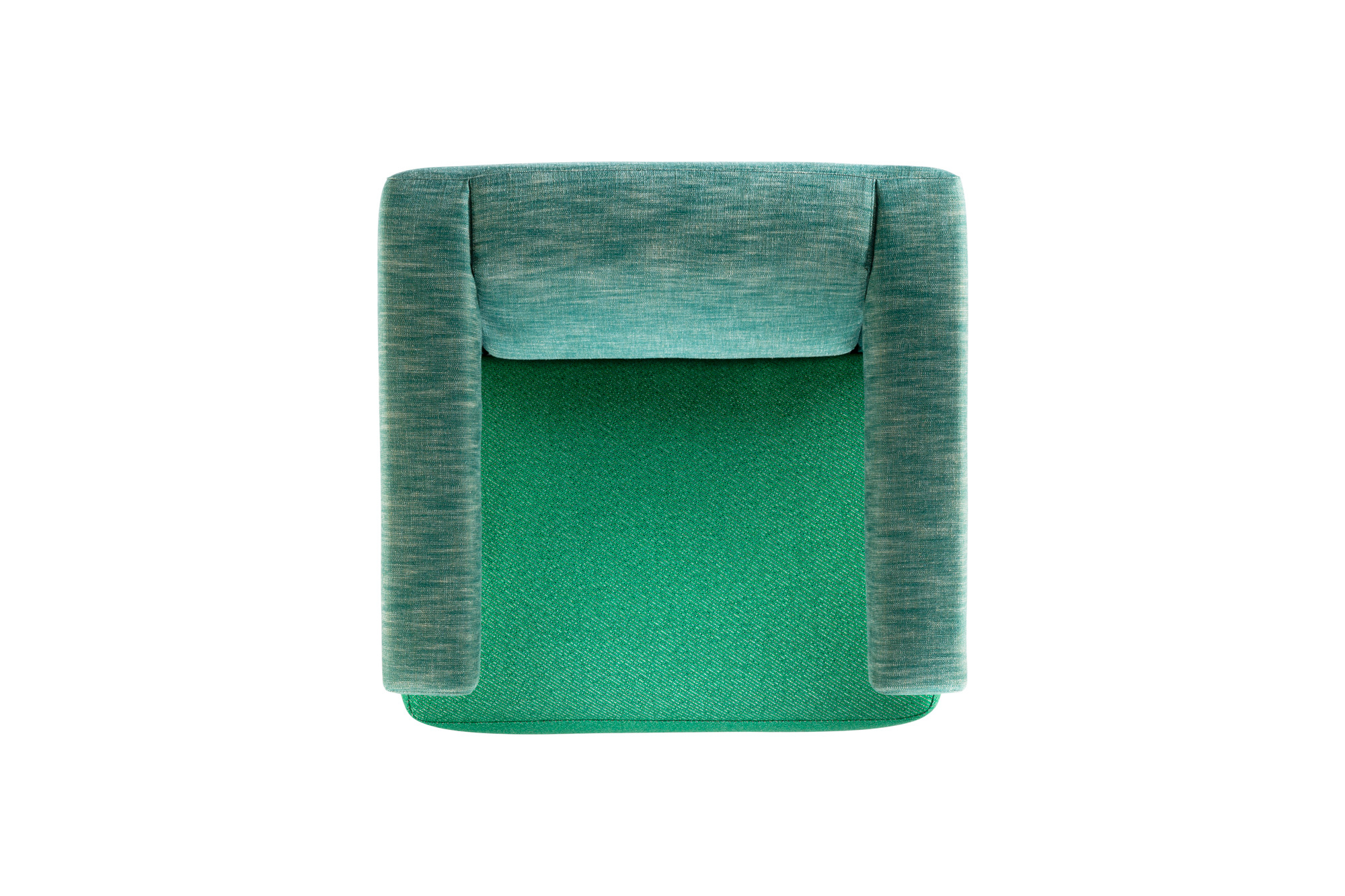 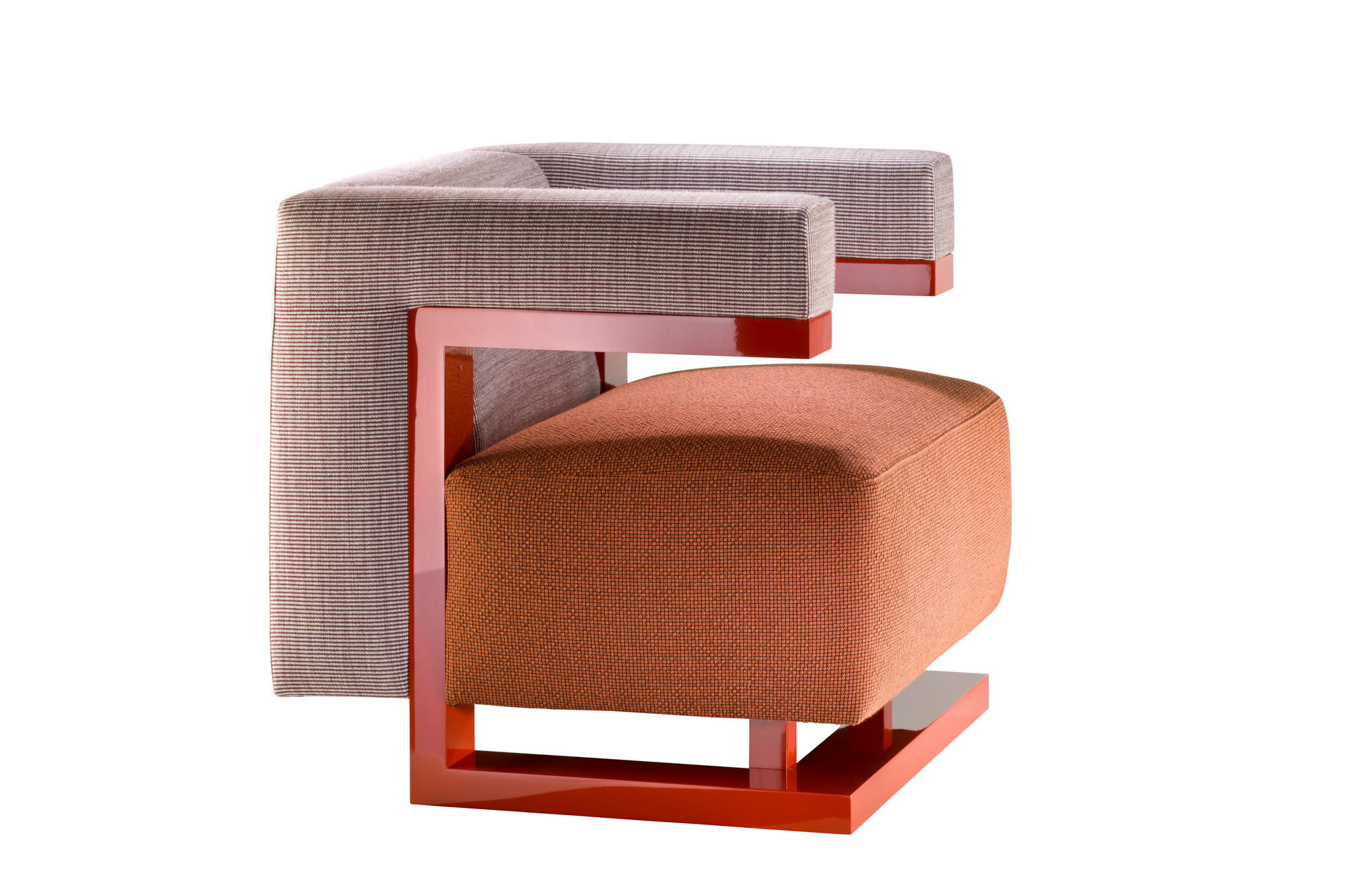 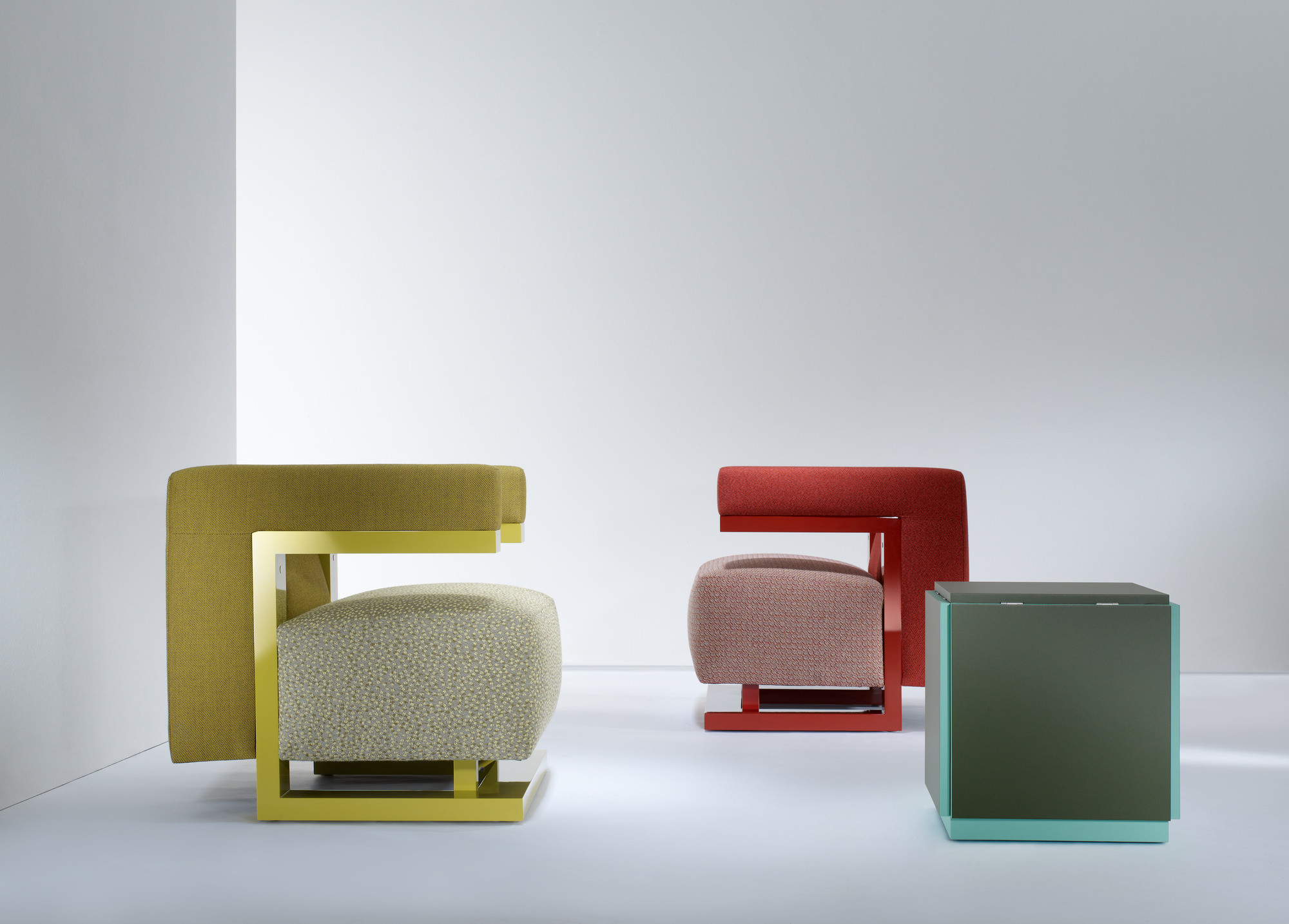 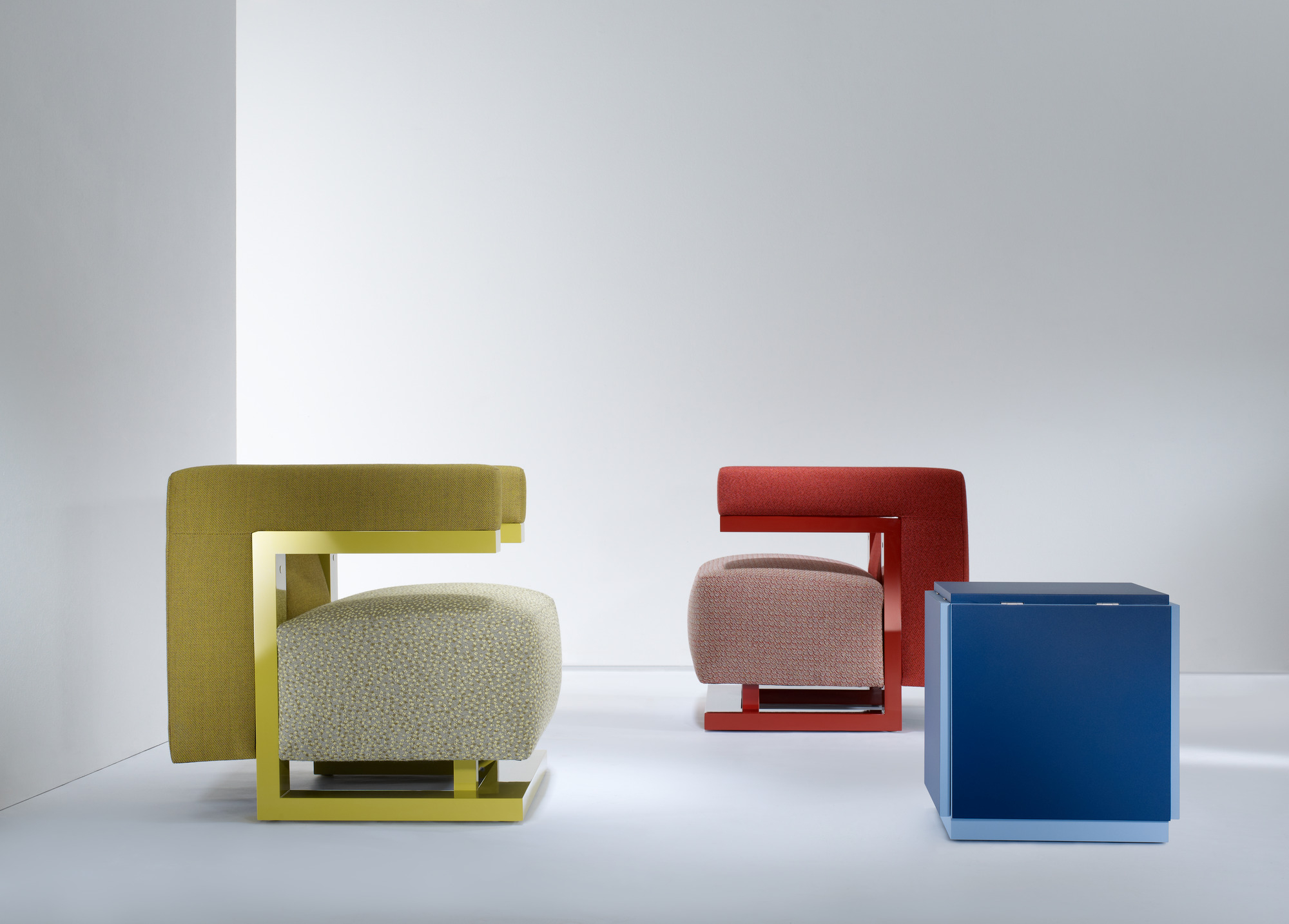 On the occasion of the 100th anniversary of the Bauhaus, the manufacturer Tecta dares an experiment - the BauhausNowhaus initiative is to show in an impressive way that the concepts and ideas of the Bauhaus era still have their justification today and are just as impressive and functional as they were then.

A group of ambitious designers reinterprets the classics in a very personal way. This includes the well-known Walter Gropius F51 armchair. Designer Katrin Greiling has redesigned the design armchair in six new colours. She shows that new colours can give the armchair a new and modern look.

She uses fabrics designed by Belgian fashion designer Ralf Simmons for Kvadrat. Inspired by wool, twill and tweed, their texture and colours make it possible to transfer the armchair into a contemporary piece of furniture.

How do you recognise the original Bauhaus editions by Tecta? They are awarded the signet of Oskar Schlemmer, which he designed for the State Bauhaus Weimar in 1922.

Walter Gropius was already influenced by his origins to follow the path he chose. His great uncle was the famous architect Martin Gropius, who designed the Royal Museum of Decorative Arts in Berlin, which still bears his name today.

After Gropius had broken off his architectural studies in Munich and Berlin, he went to the office of the renowned architect Peter Behrens in 1907 and, like many other well-known designers, began his career there.

In 1919 Gropius became director of the Grand Ducal Saxon Academy of Fine Arts in Weimar and gave the school the new name "Staatliches Bauhaus in Weimar". As an innovation, he introduced dualistic training in the workshops, in which a craftsman as a master craftsman and an artist as a master of form led the training. This created an ideal unity of craftsmanship and artistic design.

During his term of office from 1919 to 1928 Gropius was a formative authority at the school and even after the closure of the institution he continued to spread the Bauhaus idea throughout his life.

Katrin Greiling – Designer of the Reedition

The German Katrin Greiling was born in 1978 and moved from Munich to the Swedish island of Ödland in 1998, where she studied carpentry and furniture joinery. After studying for five years in Stockholm at the renowned Konstfack College of Design, Art and Crafts, she began her career in 2005.

Excerpt from an interview on the website of the manufacturer Tecta

How did you come up with the idea of re-clad the legendary Gropius F 51 armchair?

Katrin Greiling: I initiated a project at the HBKsaar in autumn 2017 with the question: How do companies deal with the Bauhaus legacy? How do they create something new from this heritage? At Tecta, I asked whether there was any interest in university cooperation. The result was a wonderful project in which I got to know the company and the people behind it. At a reunion at imm Cologne 2018 in Cologne, Christian Drescher asked if I would like to develop a re-edition of Walter Gropius' F51 armchair.

Technically necessary cookies
active
Technically necessary cookies enable a website to save information that has already been entered (such as user names or language selection) and to offer the user improved, more personal functions.
Google Analytics
active inactive
Schau mich von allen Seiten an!
Back to Image View
/en_en/widgets/cms/5f7bcb85136d4a4883fdab29f7853738
C3YIWwiEx7KrqOr7nsS72vsH37PpKk_eWKFBYj4LNNg=.html